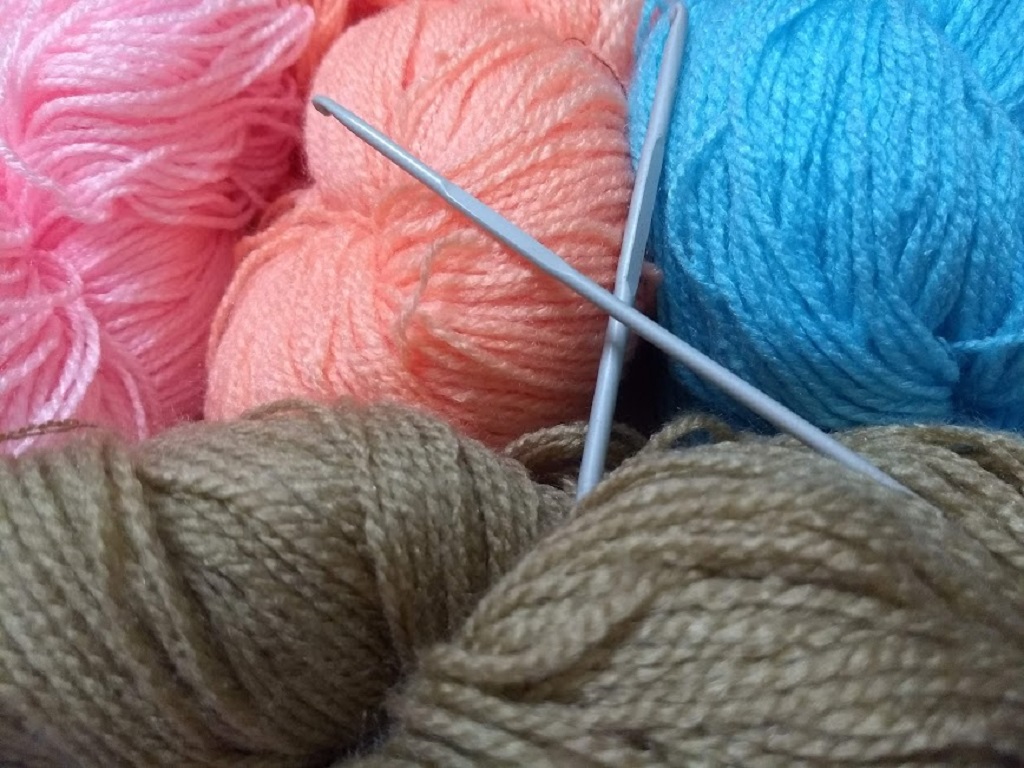 When you cuddle up under a cozy blanket, pull your favorite jumper over your head, or grab your hat and mittens to go and play outside – you may be feeling the warmth of wool. Wool is the soft, thick, curly hair of sheep and other animals. 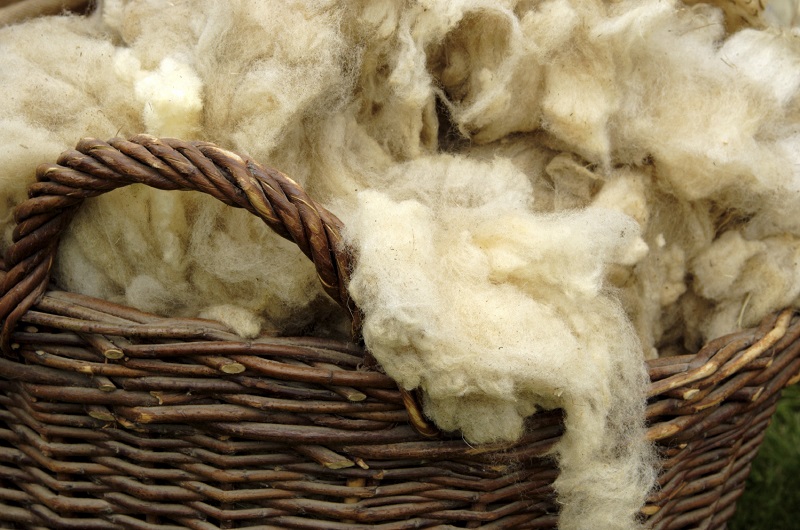 A sheep’s hair or fur is also called its fleece. Different kinds of sheep have different kinds of fleece. Some is softer than others. Some is thicker and some is longer. Sheep farmers breed their sheep (raise a particular kind of sheep) to produce the kind of fleece they want. Once a year, in the spring, the farmers shear their sheep. They use special clipper to cut off the heavy fleece. It’s like giving the sheep a haircut. 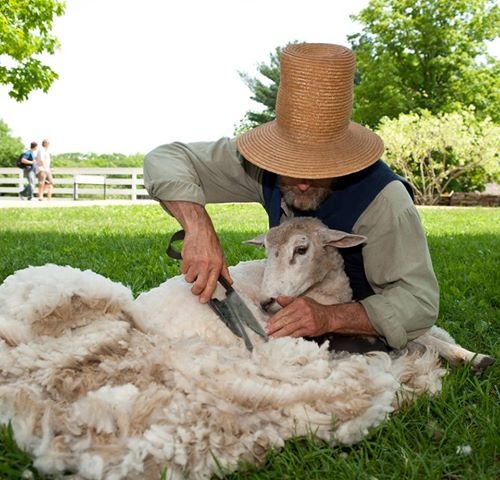 Later, the wool fibres of the sheep’s fleece will be turned into wool and fabric, and used to make all kinds of things.

Most wool comes from sheep. Cashmere is a kind of wool that comes from goat hair. Mohair comes from goats, camels and South American animals called llamas, alpaca and vicuna. Angora is made of rabbit fur.

Wool fibre has many special qualities or characteristics. It is much stronger than many other natural fibres, so it doesn’t easily break. Wool cloth or fabric can be stretched, pulled or draped (hung loosely). Once it has been washed, it returns to its original shape.

The wool of most sheep is naturally white. However, some sheep have black, brown or grey wool.

Wool can be made into all kinds of clothing – socks, jumpers, skirts, trousers and suits. It is also used to make warm winter underwear, gloves, hats and scarves.

People sleep on wool mattresses, under wool blankets or in wool sleeping bags. They sit on wool car seat covers and walk on wool rugs and carpets. Sometimes wool is even used to cushion the sounds coming from stereo speakers or pianos. 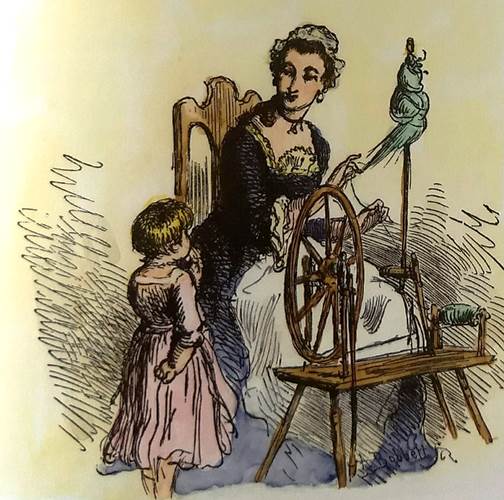 As early as 10,000 BC, sheep farmers in Central Asia were raising and breeding sheep for meat and milk. It wasn’t until between 5,000 and 3,000 BC that the early civilization learned to take the sheep’s wool and spin (twist) it into yarn or thread. Then they could use it to make cloth. From cloth they could make coverings such as tents, blankets and clothing.

At first people used very simple tools to spin the yarn. These include wooden spikes of sticks called spindles.

In times, nearly every civilization developed some method of spinning wool. These include the Hebrews of Mesopotamia (the area now called Iraq). The ancient Egyptians, Greeks, Babylonians, Persians and Romans. Sheep breeding and wool production technique then spread through Great Britain and Northern Europe.

By 200 B, the Romans were breeding sheep specially for wool production. They mated the sheep that had the best wool, so their offspring would have even better wool. The earliest wool factory was established in the town of Winchester in AD 50 under Roman Rule.

In the middle Ages (AD 500-1500), wool production became a major industry (business). Countries such as Spain, France, Italy and Belgium began to develop new sheep breeding and weaving techniques. Great Britain rose above them all. Its “empire of wool” made its rulers rich and powerful. Today the Lord Speaker of the House of Lords of the British parliament still speaks from the Woolsack. This is a large, wool-stuffed seat that represents the importance of the wool trade as a symbol of the nation’s wealth.

Over time quarrels over the wool trade led to political conflicts. Rulers passed laws forcing people to wear expensive wool clothing on special occasions. Wool trades had to pay high fees to buy or sell wool from country to county. Laws stated that sheep firms could be seized by the government for minor offences.

The explorer Christopher Columbus had brough sheep to North America on his second voyage in 1493. The colonists began raising sheep in Jamestown, Virginia in early 1600s.

The British saw wool production in the colonies as a threat to their business so they made laws against it. This and other unfair laws led to the American Revolution in 1776 and the creation of the United States as an independent nation.

During the Industrial Revolution of 1950 – 1850, many new inventions dramatically affected aspect of the wool industry. Machine powered by stream and electricity replaced the old machines that were powered by hand. The new machine could produce better quality wool faster than ever before. 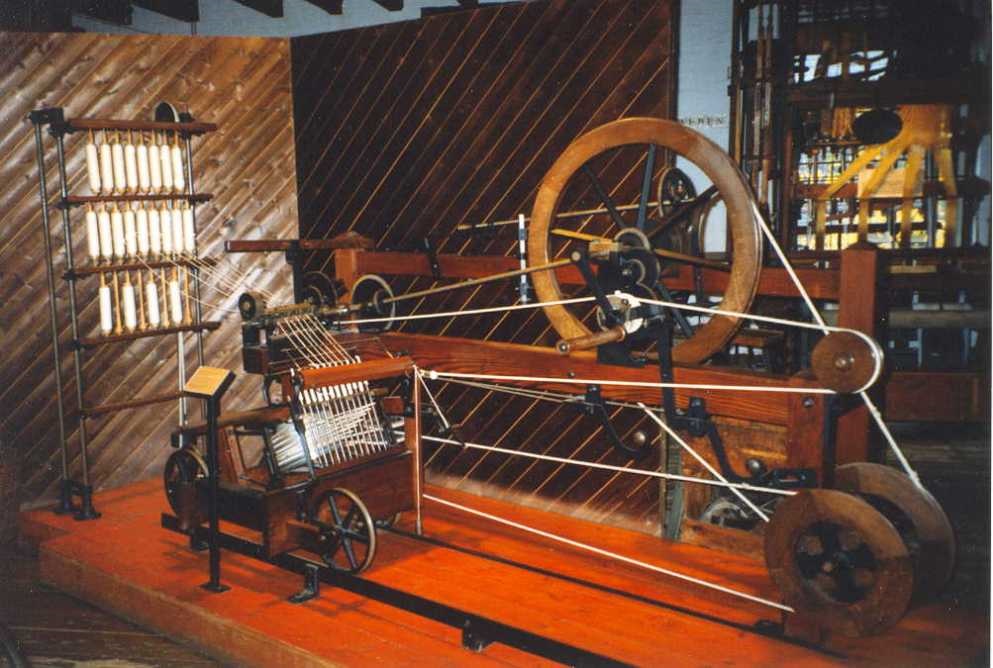 James Hargreaves invented the spinning jenny in 1764. A factory worker could use this multi-spool spinning, wheel to create eight spools of wool thread at a time, instead of only one. In the early 1800s, there were riots in some towns. Workers feared that these new machines would replace them and cost them their jobs, but there was no going ack to the old ways. The new technology was just too good.

In the last 100 years, manufactures 9people who make products to sell) have experimented with new kinds of wool and new methods of making it. Even greater improvements have been made in the technology used by wool mills an factories. Today, nearly all spinning and weaving is done by machines programmed by computers. They can produce in minutes the kind of wool thread and wool fabric hat used to take people days, weeks or even months. Yet there are people all over the worl who still use traditional methods to weave cloth for themselves and their families.

Wool and their kinds

Today when a sheep has been sheared, a worker called a wool classer examines the fleece to determine the quality of the wool. He / She separate the wool into classes or grades, according to thickness, quality, quantity and strength. Grades of wool include coarse (tough), strong, medium, fine, superfine ad ultrafine. The finest wool is the thinnest, smoothest and softer.

Once the wool has been turned into fabric, it falls into one of two categories woolens or worsteds. Woolens are spun from shorter, thicker wool fibres. They look fluffy or fuzzy and feel thick and bulky. Woolens make heavy coats, jackets and jumpers as well as blankets and carpets.

Worsted are spun from longer, thinner wool fibres. The fabric feels smooth and lightweight. Worsteds are made into suits, trousers, skirts and dresses. Worsted yarn can be used to create beautiful embroidery. It is also the most expensive. 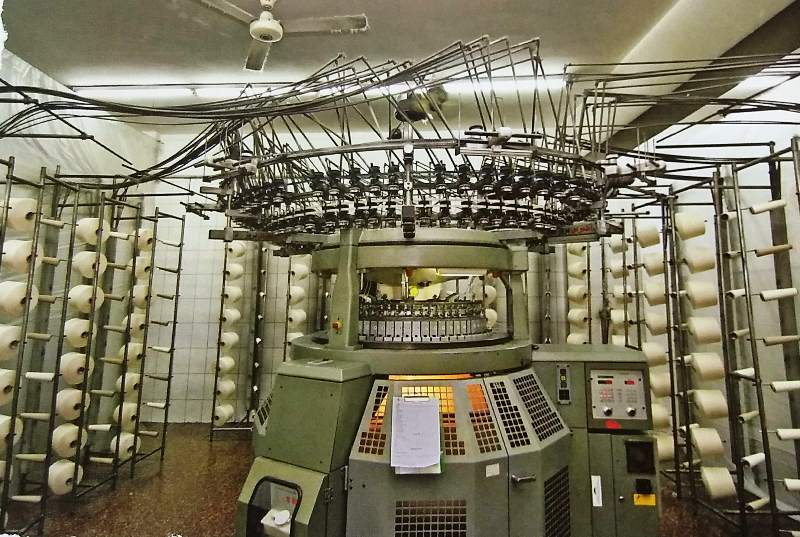 Then the fabric is put through a process called fulling or milling. This process tightens the weave and improves the texture of the fabric. It also pre-skrink the fabric, so that it won’t shrink after it has been sewn into clothing and blankets.

Another way to pre-shrink the fabric is to treat it with special chemicals. Chemicals can also be used to make the wool more fire-resistant, more water resistant and more stain resistant. Now the fabric is finished and ready to be put to us. 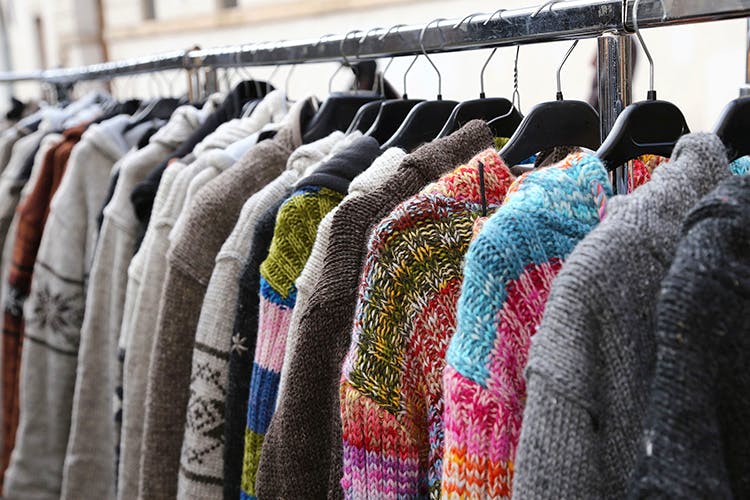 Wool clothing is often more expensive than clothing made of other fabrics, but it last longer and looks less worn over times. Of course, to get the most out of wool clothing it is important to take good care of it.

Wool doesn’t hang on to sweat, dirt and stains as much as other fabrics do. It doesn’t have to be washed after every use. Using a soft brush or a damp, cloth and with a little bit of detergent you can usually loosen and remove little spots and stain.

When wool clothing is hung in a wardrobe or folded neatly in a drawer any wrinkles will usually fall out on their own – no ironing required. Hanging the garment in a steamy bathroom is another way to get rid of wrinkles quickly.

When a wool garment does need a thorough cleaning, most manufactures recommend dry cleaning, Putting  wool in the washing machine will usually damage the fabric. The fibres get fuzzy and lose their shape. In the heat of the tumbler – dryer they shrink.

Some wool clothing can be washed by hand and laid flat to dry. Superwash wool is wool has been treated with chemicals so that it can be machine washed and tumbled dried.

All over the world, wool is big business. The industry employs thousands of people. Australia produces the most wool. Next China, United State, etc. 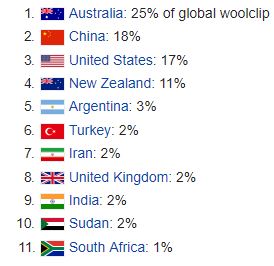 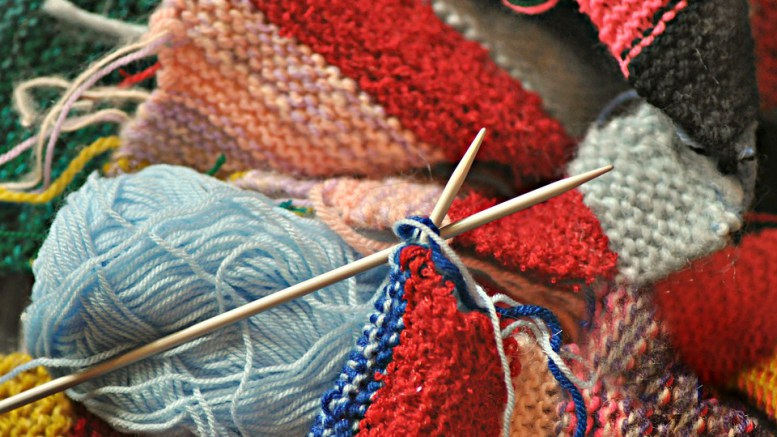 In the last ten years, many people have rediscovered the joy of knitting. It’s a fun and relaxing hobby. You can make your own socks, jumper, hats or scarves in any colors or pattern you like. You can make gifts for your friends and family. Some people knit scarves, hats for homeless or blankets, jumpers for needy children.

Millions of people make their living and support their families through their work in the wool industry. In the last 50 years, however wool has had to complete against new synthetic (human made) fibres and fabrics. Clothing, blankets, rugs and other things that used to be made of wool are now being made of acrylic, acetate, nylon, synthetic fabrics which are much cheaper to make and buy.

Unlike synthetic fabrics, wool is completely biodegradable. As more people go green and make choices that are better for the environment, wool is making a comeback.

Read our article on Fibers –

Crochet Grape’s keychain was made as a customized order for a lovely friend. This is a free pattern, easy to make with simple instructions; this pattern is great for leftover yarn. Perfect gift for […]

Another inspiring and simple crochet tutorial, a perfect stash-buster project, only nine short rounds. Works up super quick too! A small beautiful 12 petal flower embedded in a hexagonal motif. To start we will make […]

Doilies are simple and fun crochet projects. Great for gifting and adding some vintage looks to your own homes. Multiple use of these crochet dollies like palce it under a flower vase, use as a […]